The Walking Dead, Season One

Sheriff's deputy Rick Grimes is shot and wounded in an altercation with criminals. He awakens from a months-long coma in an abandoned and badly-damaged hospital. Rick leaves the hospital and discovers an apocalyptic world overrun by zombies, colloquially called "walkers" and "biters".
He returns to his house to find his wife and son missing, then meets survivors Morgan Jones and Morgan's son Duane, who initially mistrust Rick but take him into their own house and explain the apocalypse. Morgan reveals that once bitten people degenerate into mindless shells of their former selves.
After being brought back to health, Morgan sends Rick on his way, with the promise that they will some day meet again, with the help of a Radio. Eventually, after travelling a long road, Rick reaches Atlanta where he gets overrun by Walkers, and decides to take refuge inside a tank. Glenn, one of the most important characters decides to help him, which then leads to Rick and Glenn meeting up with the team. They then leave Atlanta after a large struggle, back to their camp-site at an abandoned quarry, and the rest is history.
So far i'm only up to season four so I'm not going to spoil it for myself for the sake of a presentation :( However, I highly recommend this long running TV Series, it's the best I've ever watched, just don't eat whilst you watch. The plot is extremely interesting an very well thought out. The point of an apocalypse styled Show is to always keep the viewer on the edge.
The show does this extremely well due to the fact that it's so simplistic to fabricate a nail biting scenario. I love all the characters, their personalities are extremely defined and thought through, each with a certain role. All characters play a vital role in the story, some more than others, which normally means you can expect when a character is cut off, but with this show it's the complete opposite.

Season Two of The Walking Dead; The gift that keeps on giving, the team find refuge on an old farm hoping to settle down after a long time on the road.

Season Three of The Walking Dead; The plot thickens in this exciting series. Involving an entirely new town and a feud between two settlements which will leave on the edge of your seat.

Season Four of The Walking Dead; This season is on of the most crucial thus far, involving war, with both an uexpected infection and an Old enemy, this really is a fantastic season.

Keep tuned in with the site, more coming soon.

Keep tuned in with the site, more coming soon.

This section shows all the important characters thus far, with their most prominant features, their capabilities and what they specialise in, this area of the site is to gain an insight on the characters you know and love!

If you want me to add some information, or i've been stupid and got something wrong, let me know using this page.

Season Two Of the Walking dead

The second season begins with Rick and his group of survivors escaping the CDC. They choose Fort Benning as their next destination. Along the way, they encounter a traffic jam of abandoned vehicles on Interstate 85. The group loots several vehicles, and assumes that all is well until a large herd of walkers approaches and they are forced to disperse and hide under cars. A walker chases Sophia out from her hiding spot and, with another walker, pursues her into the woods.


Rick finds her but loses her again after drawing off the walkers. During the group's search for Sophia, a hunter Otis accidentally shoots Carl. To get medical help for Carl, Otis convinces Rick and Shane to bring him to a large, isolated farm owned by veterinarian Hershel Greene, then helps Shane look for medical supplies at the local high school. After finding the supplies, Shane injures his leg and then shoots Otis, leaving him for the walkers so that he can get away.


The survivors then move to the farm while Carl recovers, trying to co-exist with Hershel's family, but dangerous secrets and disagreements over leadership cause tensions to rise. Lori is revealed to be pregnant (she is unsure whether Rick or Shane is the father), and Glenn builds a romantic relationship with Maggie, Hershel's elder daughter. Dale and later Rick confront Shane about his selfish actions, including his responsibility for Otis' death. Glenn also discovers then later reveals that the barn is full of walkers, some of whom are Hershel's family members and neighbors. An angry Shane releases the walkers, all of whom are quickly exterminated upon exiting the barn, including Sophia who is reluctantly shot by Rick.

Beth, Hershel's youngest daughter, collapses in shock over the barn incident, which included her face-to-face encounter on the ground with her mother-turned-walker who tried to bite her. Hershel disappears to grieve for his wife and other zombified family and friends killed outside the barn. Rick and Glenn find him drinking at a local tavern, then try to coax him to return to the farm. At the tavern, they meet two other survivors (Dave and Tony). The situation rapidly turns sour, so Rick is forced to kill the two men in a gunfight.

The dead men's group quickly finds and opens fire on Rick, Hershel, and Glenn at the bar. The noise attracts a large herd of walkers, forcing all involved to try to flee, but one attacker, Randall Culver, is injured and left behind. Rick opts to take him back to the farm, at the risk that he is likely to reveal the farm's location to his own group. As Rick and the others deliberate about what to do with Randall, a walker bites Dale, forcing Daryl to euthanize him. The group later conducts a search for Randall, whom Shane had secretly released and murdered in the woods. Daryl and Glenn find Randall — as a walker — and kill him. Daryl concludes that Randall died from a broken neck (rather than a walker's bite or scratch) and subsequently reanimated.

Meanwhile, Shane and Rick confront each other — the former having planned the fake search so he could try to murder Rick. Rick gets the upper hand and fatally stabs Shane in the torso. Carl arrives just in time to see Shane reanimate as a walker and shoots him down. The gunshot attracts a large herd of other walkers, who quickly overrun the area. In the ensuing battle and escape, Beth's boyfriend Jimmy and Otis's wife Patricia are devoured, and Andrea is left behind.

Andrea survives on her own and is later rescued by a hooded woman carrying a katana sword and accompanied by two chained, armless, jawless walkers. The remaining survivors regroup but are forced to make camp when their vehicles run low on gasoline. Lori at first shuns Rick after learning that he had killed Shane. After hearing of Randall's fate, Rick finally reveals what Jenner had whispered to him at the CDC: every survivor is infected with the walker pathogen and will thus reanimate after death regardless of its cause.

Rick also discloses to the rest of the group that he was forced to kill Shane in self-defense. Later that night, the group questions Rick's leadership, but Rick asserts a dictatorship-style ultimatum and solidifies his command of the group. In the final scene, a large prison is shown looming in a pan out. 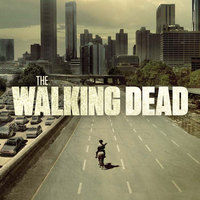 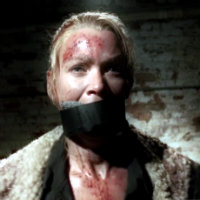 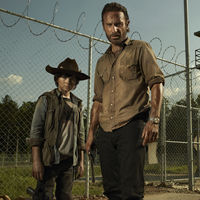 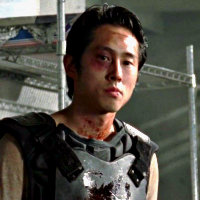 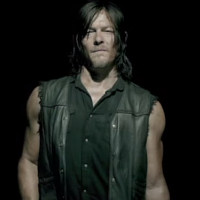 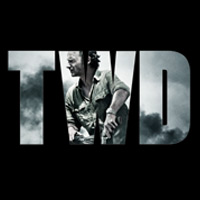 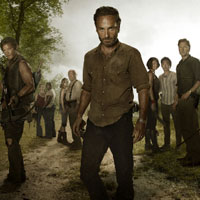 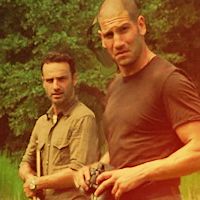